The Girl Behind The Face
People's perception of our family story?
Mui says: 'Girl with red skin - they saved her.'
Nothing could be further from the truth.
"Ms Thomas' parents helped her through the dark times and together they set up 'The Girl Behind The Face' Facebook page in an attempt to help educate people on the disorder." Daily Mail
​Mui says: “I’m the poster girl, getting out and giving things a go; my mum and dad are the driving force, organising, writing and getting stuff done. Together we share our story.” 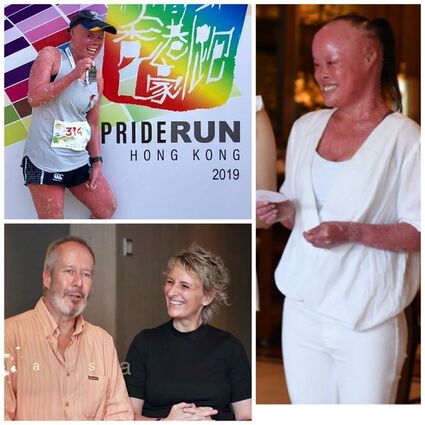 The Girl Behind The Face is a global family initiative focused on "StandUp 4 Others" and creating awareness of the realities of Visible Difference, Cyberbullying & Mental Health amongst the general public and decision-makers.
​
​“We are so seldom told the truth”
​One desperate, magical afternoon in Hong Kong, Tina Thomas fell in love with an abandoned baby girl born with an appearance altering skin disease who was hidden away on the fringes of society. It was the beginning of a fierce and fearless fight for Mui spanning 25 years to date. Doctors said Mui would not survive infancy. Tina was twenty-six years old. But with resilience, grit and laughter standing up for others is a tool with which you can accomplish something meaningful in your life.
Twenty-five not entirely uneventful years later, Mui is the world’s first rugby referee and yoga teacher with Harlequin Ichthyosis!
She is part of the first generation of survivors, is the fourth oldest survivor with her disease in the world and a contagious smile lights up her face. Mui is twenty-six years old.
​We knew nothing. We were diving into the unknown... Life threatening visible difference.. Ichthyosis... abandonment... Reactive Attachment Disorder (RAD)... Attention Deficit Disorder (ADD)... High-functioning Autism Spectrum Disorder (ASD)... Oppositional Defiant Disorder... Pathological Demand Avoidance (PDA - pending)... anyone of these can ruin a person's life.
Day-after-day, Mui confronts good and bad reactions to her appearance. Cyberbullies drove her to the brink of teenage suicide.
Day-after-day as parents, Rog and I have dealt with our daughter’s life threatening visible difference, her abandonment issues, her ADHD, her High-functioning Autism Spectrum Disorder, her Oppositional Defiant Disorder. And we have dealt with people's ignornance and cruelty towards our daughter.
Twenty-five not entirely uneventful years later...​ 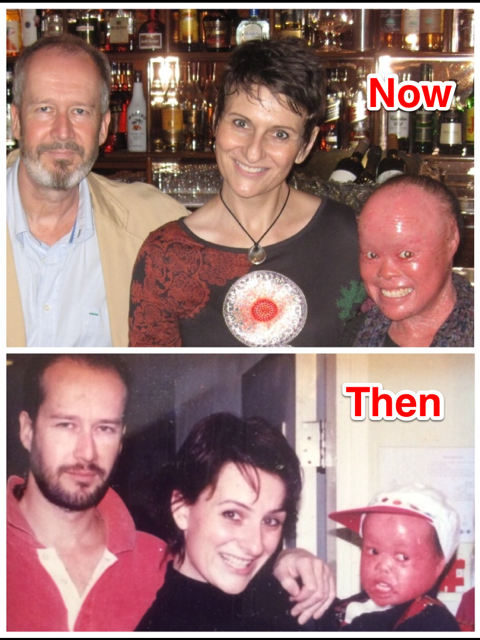